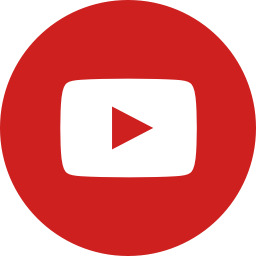 What's Happening to TikTok? Is It Getting Banned?

Even though this video is a nod to the vast amount of clickbait on YouTube, I do have a few tips for optimizing your presence on TikTok.

I hope the banning of TikTok is just talk because it really is a good platform for exposure, like a Vine 2.0. I think there was actually supposed to be a Vine 2.0... Byte??? I really haven't looked into that yet. Let me know if I should. I can report back.

Since so many people are stuck at home and are looking for new forms of entertainment/employment, TikTok is a great way to fill the time and grow an audience. It's one of the first platforms in a while that does not fully cater to people who already have large followings or are famous, yet that will probably change.

I really like how it's a grab your phone and go format, but you can take the time to make better shots with a better camera, lights, and external mic if you want.

I have found that one of the best cameras to use for TikTok is DJI's Osmo Pocket. It's small, portable, convenient, great quality, can connect with your phone... I could keep going on and on. It's a must to check out.

Through my brief use of the app, I have found a few things that seem to work better than others when it comes to posting.

It's easy to construct a complex production to force into 60 seconds, currently the max your TikTok video can be, but keep it short and simple. Like Vine, snippets seem to work the best, like little appetizers for your longer content that can be found in other places, e.g. YouTube. It's also better if you make the video something that should be repeated and watched again--it's a cycle. Every repeat is another view.

However, I think it's cool to set the new trend. The next person that hits it big on TikTok with crazy over produced short videos will have everyone saying that's the way to get famous on the platform.

I'm human. I can do more than one thing. Why do I have to do the same thing over and over like a robot?

Since the videos on TikTok are so short, a really good one will grab a viewer's attention and really grab it. That video is usually discovered on the For You page, which is a feed of videos tailored to what each individual logged in user "should" like to see. It becomes pretty accurate rather quickly, especially if you're on the app for a while, which you will be.

After seeing THE video on the For You page, new fans will want to see more of what they liked, and if there are a bunch of other unrelated videos, that might make your potential supporters want to move on to something else.

But what if they love the For You video, visit your profile, discover a whole bunch of other types of videos on your account, and fall in love with them too?

Instead of listing another generic tip, I feel like the best tip is to do what makes sense for you. Do what you like and what you want to do. I think many of the "how-to" videos can be a bit nauseating.

I'm convinced people will swear that doing a particular thing will not work until it does for someone, then they will scramble to mansplain why it worked for that person or act like they were never team nay.

I have two accounts: @iamstevenallen is dedicated to commentary at the moment, while @prillenart is about music. I think what I like most about TikTok is that it gets rid of excuses for making videos. They can be as simple or as complicated as you want them to be, and that does not correlate with how popular the end result will be. Everyone can find an audience if they just try.

What do you think about TikTok and its possible ban?